The Morpheus Theatre Board of Directors

You may have seen Randolph perform in two Morpheus productions: Run For Your Wife and Move Over, Mrs Markham. With Lisette Allan, they co-produced Skin Flick, which was endless fun.

Randolph has sung with the Calgary Men’s Chorus, died on an episode of Fargo, and written more than one book about databases.

The best part about being on the board for Randolph is making Sean facepalm. 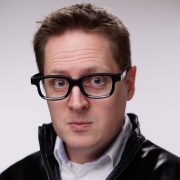 Kurt joined the Morpheus Board in 2013 and currently serving as Secretary. It is with thanks to Morpheus that he has returned to theatre and appraised roles in Gilbert and Sullivan’s The Gondoliers and Ruddigore, and the pantomime,Young Sherlock Holmes and the Case of Dick Whittington’s Cat.  He worked as a producer for Death of a Salesman, It’s a Wonderful Life and Unnecessary Farce!  He also assistant directed A Little Murder Never Hurt Anybody.

In addition to sharing his passion for theatre, Kurt is the Co-Chair for TEDxYYC and often spends his time growing ideas!

His favourite part about being on the Morpheus Board is getting to work with so many passionate people on and off the stage. 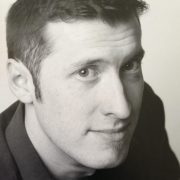 Alex has her CPA, CA designation and brings years of accounting experience to the board. Alex graduated from the University of Calgary in 2005 with a BComm in accounting and a minor in drama. Needless to say, she is thrilled to be combining her love of theatre and her love of money as the treasurer of Morpheus Theatre.

Alex performs as often as her busy work schedule allows, having graced Morpheus’ stage as a mute RCMP officer in Aladdin, a bustling housekeeper in Beauty and the Beast and a magic mushroom in One Bad Apple. 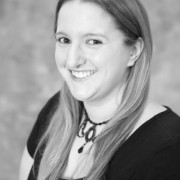 A Morpheus Board member since 2015, Lisette is a passionate supporter of the arts and is delighted to be a member of such an outstanding and vibrant company. Involved with theatre for much of her adult life; Lisette’s participation has included acting, singing, dancing, producing, puppeteering, costume design and fundraising.

When not at the theatre, she supports some of Canada’s finest Corporate Executives and their Leadership teams and also serves as the Vice Chair for the Calgary Stampede Western Showcase Photo Committee. 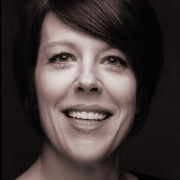 Marie-Claire is a Project Manager in Human Resources and Recruitment. She joined the Morpheus Board in fall of 2017 in an effort get more involved and help out however she can. 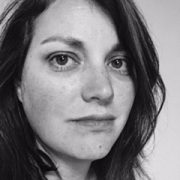 When Margaret retired from the corporate world (with experience in project management and computer system development with a BSE Engineering and MBA), she finally had a chance to explore her creative side – and quickly found that she loved everything behind the scenes!

However, when she joined the Morpheus Board in 2005, she found the perfect place to hang out with the creative crowd and to practice her back-stage skills. In the past few years, she has assisted with props, costumes, stage management and front of house duties for Morpheus and other local community theatre groups.

She was also an active member in the Morpheus G&S Singers – a recreational community choir. Margaret is proud to be a member of such a well-run group and to have the opportunity to help with our consistently high-quality performances. In fact, she is so happily occupied with things theatrical that she wonders how she ever found time to do a “normal” job. 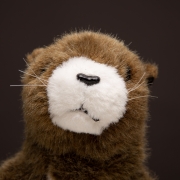 Byron has been on the Morpheus Theatre Board since 2015, and it is rare that you won’t see him involved in one way or another with our shows.  He’s an enthusiastic Front of House Manager, a brilliant programme editor, and our in-house IT Guru.

All we need to do now is get him on stage, and he’ll be a quadruple threat! 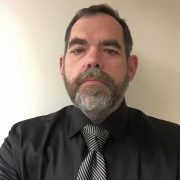 Tim has been involved in community theatre for the over twenty years, and with Morpheus Theatre for most of that time. He has held positions on the Morpheus Board as Member at Large, Treasurer, Board Chair, and, most recently as Member-at-Large.

Tim’s special interest in theatre, and with Morpheus specifically, is Gilbert and Sullivan. Morpheus Theatre is Calgary’s home to G&S operettas, and we have been presenting one a season since 1996! Tim has been involved in almost every Morpheus G&S production since 1999, and was instrumental in the formation of the Morpheus G&S Singers.

Outside of theatre, Tim is a retired librarian from the local office of an international engineering consulting firm, and a part-time interpreter at Heritage Park. 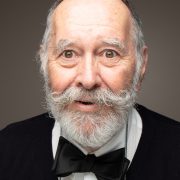 Christie joined the board in 2018, and can often be found hosting a sewing bee for one of Morpheus’ productions – particularly any production that requires some kind of historical costuming!  Christie has been tasked several times to do Victorian Era costumes, including our last 4 Gilbert & Sullivan Productions, Sullivan & Gilbert, Iolanthe, HMS Pinafore & Princess Ida. (Although to be fair, HMS was set in 1920s).

Christie first appeared on our radar through the Calgary Steampunk Assemblage, who have attended our G&S Productions in full costume for years. 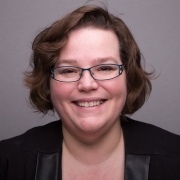 Also known as Michael Johnson or Mustache Mike to avoid confusion with our other prolific volunteer names Mike Johnson (really, what are the odds?!)  Mike joined the board in 2018, and can often be found helping Morpheus backstage.

The other member of this husband-and-wife team, Mike is generally found quietly gathering props and set decor, while simultaneously lugging around piles of costumes.  He also comes to us via Calgary Steampunk Assemblage attendance. 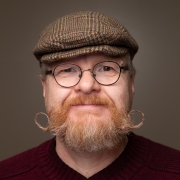 Sean Anderson is Morpheus Theatre’s Artistic Director and one of its co-founders. He is active in Calgary community theatre as a Director and Producer, and even occasionally stepping on stage to perform. In addition to working with Morpheus Theatre, Sean has held board positions with Theatre Alberta and Front Row Centre Players, founded Calgary-ACTS (Calgary’s Alliance of Community Theatres), co-chaired the annual CAT Awards for 8 years, and is currently the President of the Pumphouse Theatre. 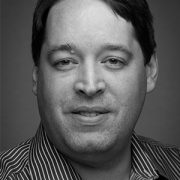 Will this next spot be filled by you?

Morpheus Theatre is seeking interested, and interesting, individuals to join our Board of Directors and to help guide our theatre through the 25th season and beyond. Skill sets that would be valued by the board include marketing, promotion, publicity, legal guidance, financial guidance, and fundraising (grants, corporate and individual donations). If you are interested, please send an email to info@morpheustheatre.ca. 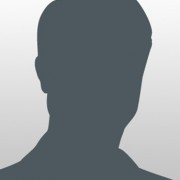