THE PIRATES OF PENZANCE – COVID-19 EDITION

Friday May 1st, would have marked the opening of the final show of Morpheus Theatre’s Silver Anniversary season, and our fifth production of Gilbert and Sullivan’s The Pirates of Penzance.  This time, under the direction of Paige Fossheim and Musical Direction of Stefanie Barnfather, we have a gender swapped cast with The Pirate Queen, Frederique, Able, and a Matronly Major-General.  Working in isolation the cast members have prepared a mash up of some of your favorite songs to enjoy until we can raise the curtain on this most beloved of the Gilbert and Sullivan operettas.

THE PIRATES OF PENZANCE 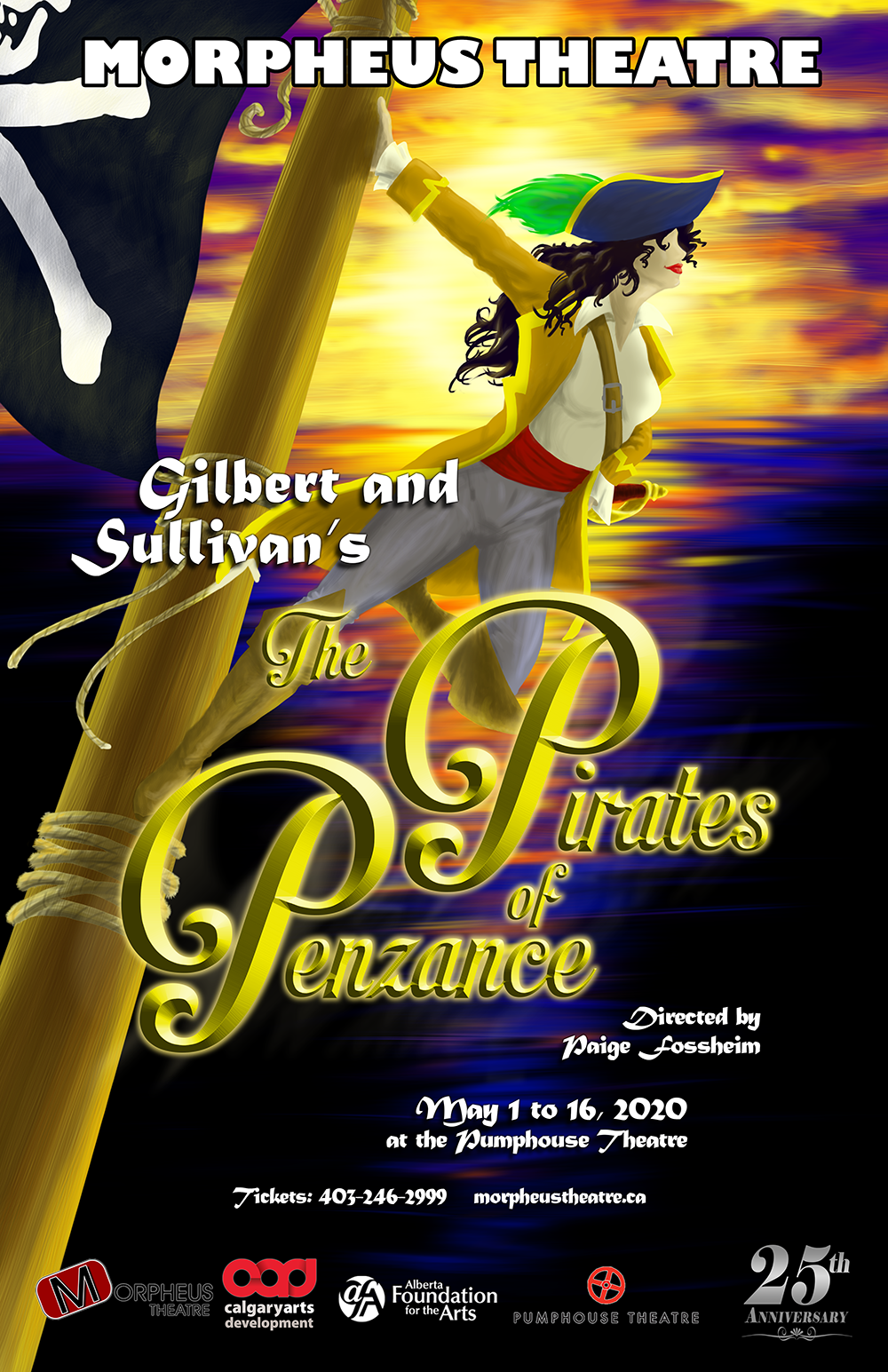 The Shift – One Act Play Festival
Scroll to top