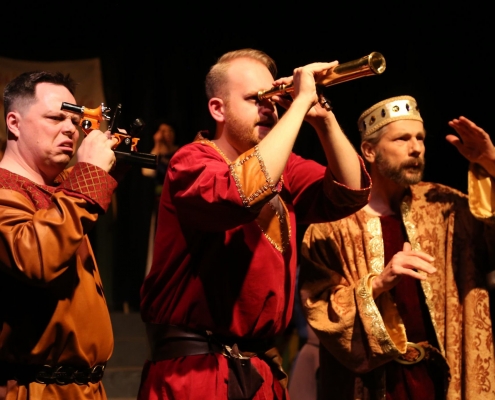 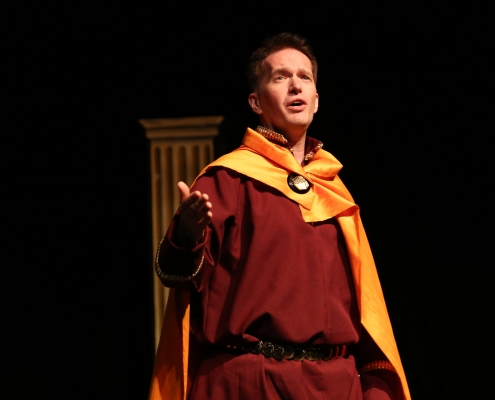 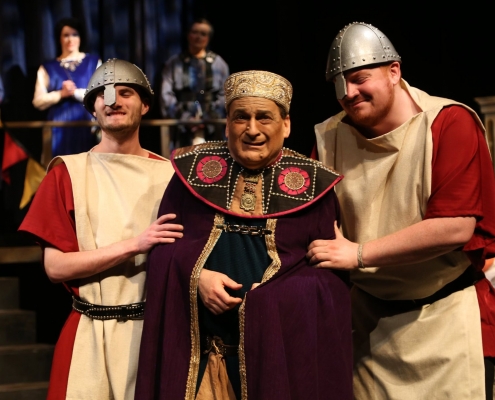 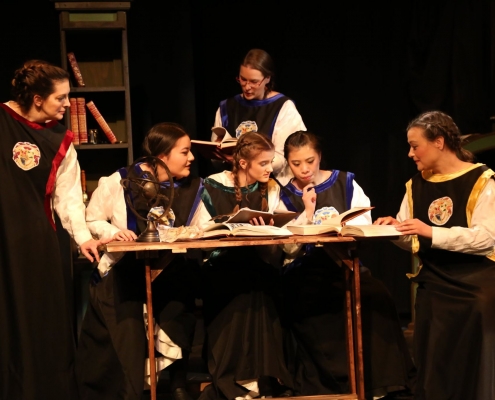 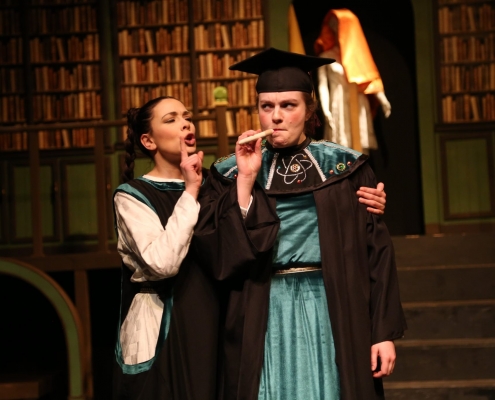 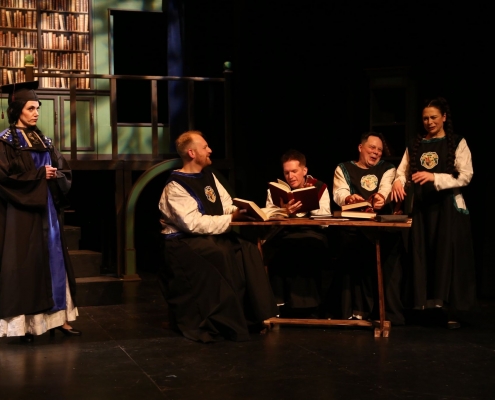 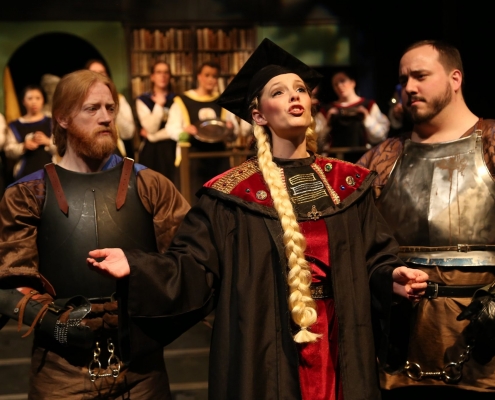 April 26th to May 11th, 2019
By Gilbert and Sullivan
Directed by Kaleigh Richards

Princess Ida is having nothing to do with men, never mind love, or marriage. She is so firm in her belief that she has locked herself away in a University, attended only by women, and that is exactly where she plans to stay. She was betrothed to young Prince Hilarion from a very early age, and her failure to arrive to meet him with her father, King Gama, could be interpreted as an act of war, but still, she is having none of it. In fact, she’s willing to fight the men who show up on her doorstep if need be. Her fellow chaste and heretofore uninterested female friends, on the other hand, find themselves face to face with Cupid and less keen to do battle.

Princess Ida is based on the 1847 narrative poem “The Princess” by Alfred, Lord Tennyson, in which the title character escapes an arranged marriage to found a women’s university. The libretto is drawn from W.S. Gilbert’s 1870 play (also called “The Princess”), with new music by Arthur Sullivan. Sullivan’s music is particularly well-regarded in this piece; his settings for the songs in Act Two are known as ‘the string of pearls.’ Principal roles include Princess Ida, Lady Psyche, and Lady Blanche for the women, and Prince Hilarion, King Hildebrand and King Gama for the men (among others).

A lesser known work of the dynamic duo, Princess Ida is nonetheless brimming with those qualities we love in the works of Gilbert and Sullivan: humour, sweeping and intelligent lyrics, witty commentary, danger and commotion! In the end, love wins the day, and for more than just our royal couple. It’s an exciting conclusion to our 24th season, so jump for joy and gaily bound down to the theatre to join us for Princess Ida!

**Special Thanks to The Gilbert & Sullivan Very Light Opera Company for permission to use their script revisions from their production in 2018. 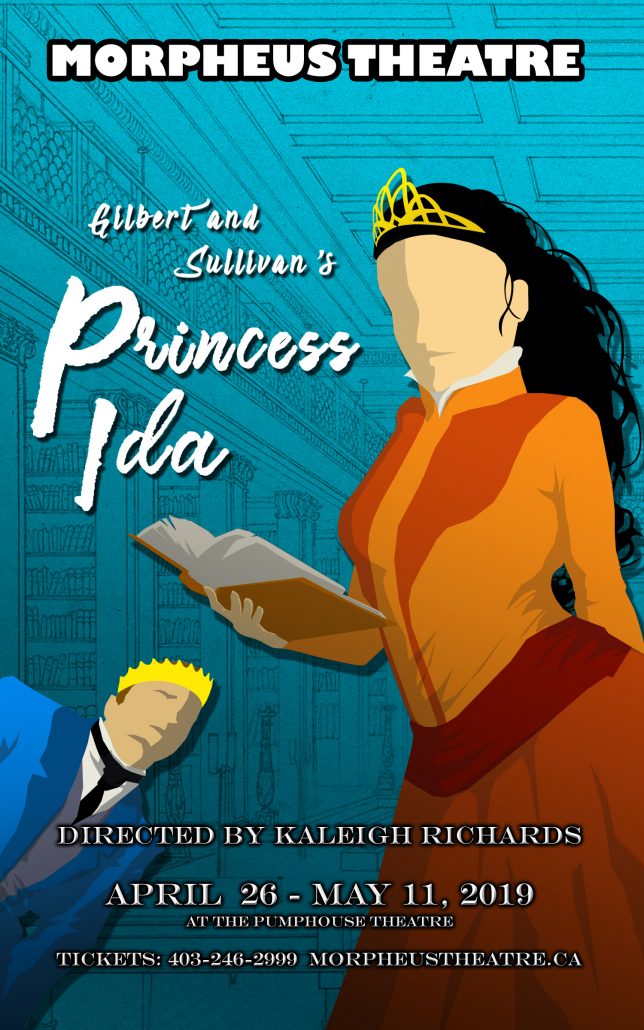 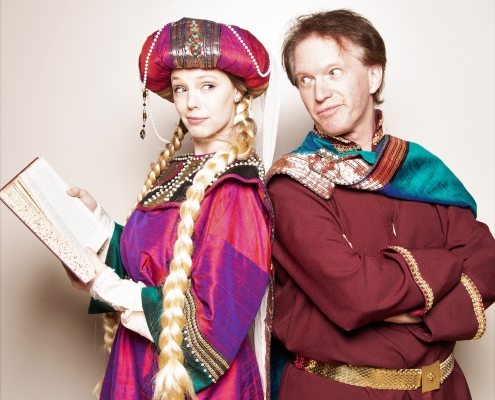 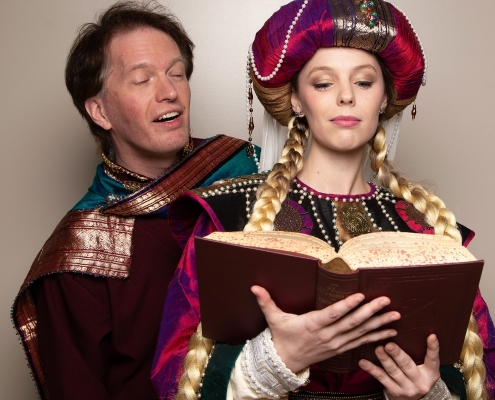 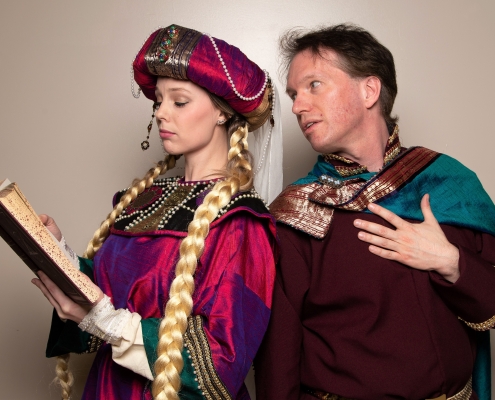 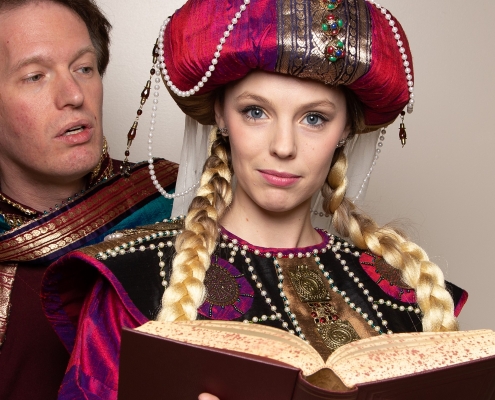 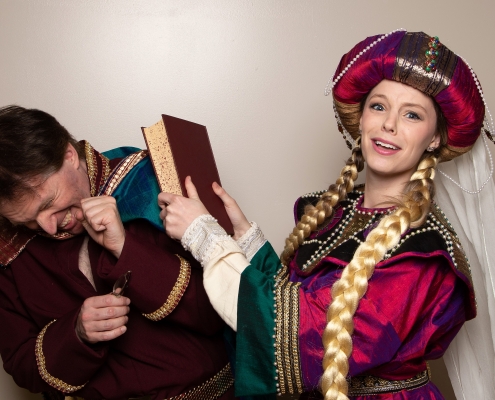 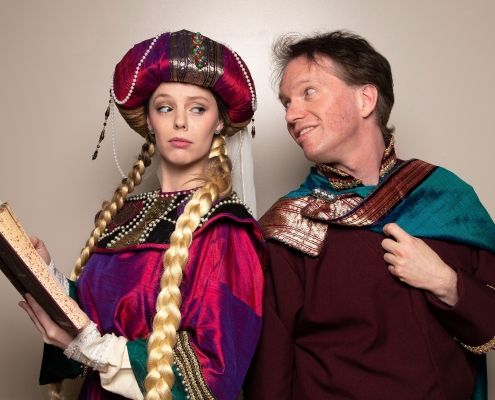 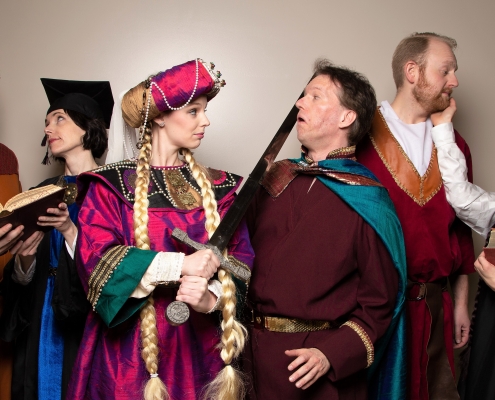 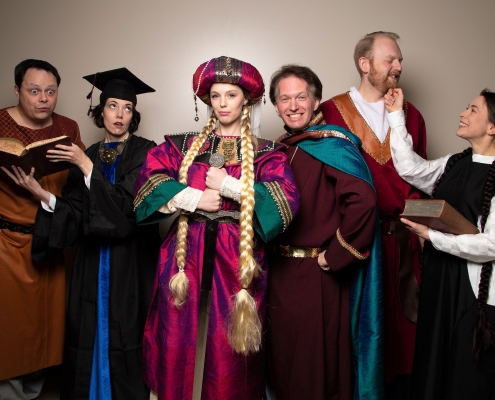 Lend Me a Tenor
Scroll to top